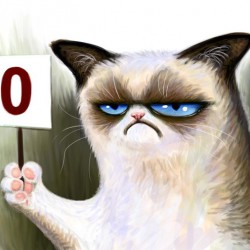 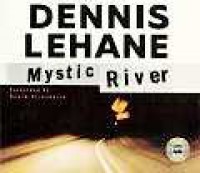 I'm not a fan of Sean Penn, so I never even wanted to see this movie, and didn't even know that there was a book until after I'd read Lehane's other book [b:Shutter Island|21686|Shutter Island|Dennis Lehane|http://ecx.images-amazon.com/images/I/51u1tWKs-gL._SL75_.jpg|1234227], which I really enjoyed. So when I saw that my library had this on audio, I borrowed it, and have just now got around to listening to it.

I think that this was a pretty good story, but it wasn't really as gut-wrenching or as horrifying as I'd expected it to be, knowing that it was about the murder of the daughter of one of the main characters. I'd expected this to hit me like a freight-train and make me ache with Jimmy's grief... but it didn't. I don't know if it was the reader who took it out of that realm for me, or if it was just the kind of observant but distant tone of the writing, but it was something. I couldn't really identify with any of the characters, and in a story like this, one that deals with child abduction, molestation, murder, apathy, guilt and grief, that is crucial.

The reader took a lot out of this book for me, I think. Often I would find myself focusing more on his voice than on the words he was saying or the story he was telling. The recording was very low to begin with, and the reader would speak softly for long stretches when the story would be dealing with internal thoughts or doubt or fear, so I really had to pay attention to catch everything. On top of that, his voice would sort of crack. I'm not sure if that was on purpose, or if it was just an unconscious side effect of his emotional involvement in the story, or if that's just his normal voice, but it was very distracting. But even MORE distracting was the way that he voiced the adolescents in the story. Every time he said "It'll be cool!" he sounded exactly like Beavis from Beavis & Butthead, and that is NOT cool. Not in a serious story like this one. I just kept waiting for him to go "I AM CORNHOLIO!" Really, it was that bad.

I wanted to like this story as much as I liked Shutter Island. But this one just fell a little flat for me, and now I'm sorry that I listened to the audio rather than just reading it. It's one of those stories that you really need to dive in and feel, and I don't feel like I could do that.